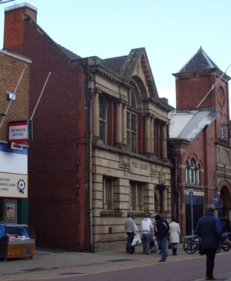 No 1
December 2011. Castleford library, Carlton Street, The Carnegie library opened in 1905, the refurbishment will keep the original library and frontage as shown. 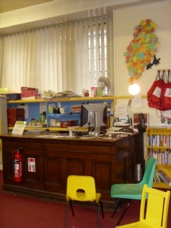 No 2
December 2011. Children's library a couple of weeks before closure. 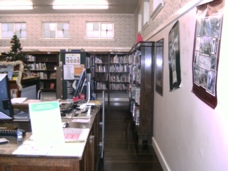 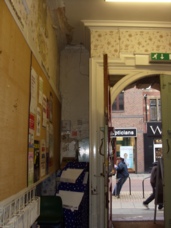 No 4
December 2011. The main entrance to the library tired and in need of repair. 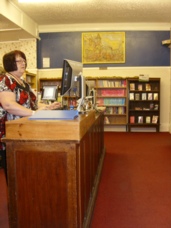 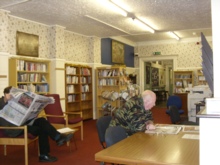 No 6
December 2011. Fiction department and newspaper and magazine reading area. 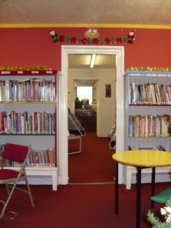 No 7
December 2011. Looking through the children's library, through audio and vision into fiction department. 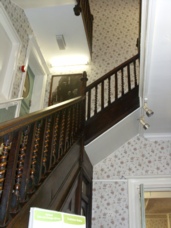 No 8
December 2011. The wooden stairs leading up to first floor are to be kept and refurbished. 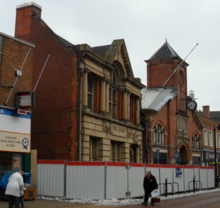 No 9
February 2012. The library is closed and work barriers erected. 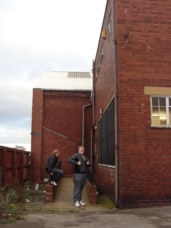 No 10
December 2011. The rear of the old library showing the only wheelchair access to the building. The building line of the new library will be extended to meet the old market hall building adjacent as shown. This corner of the new build will have a new access and a staircase encased in glass.