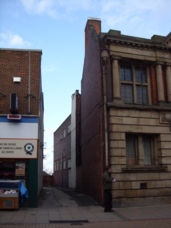 No 11
December 2011. This photograph shows the whole depth of Castleford library on the right, looking northward down the old indoor market access route. Notice the Acro prop supports holding the upper window surrounds that have been there for decades. 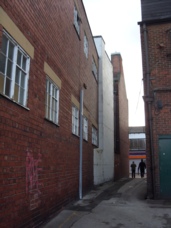 No 12
December 2011. A reverse photograph looking south on to Carlton Street. The two storey library on the left is to be demolished leaving and reusing the original 1905 Carnegie library shown, the building with a chimney on that adjoined Carlton Street. The tight thoroughfare is to be kept. 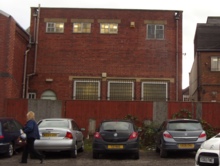 No 13
December 2011. A rear view looking south, shows the two storey library building in the centre. 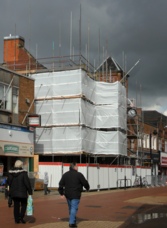 No 14
April 2012. Scaffolding erected to work on the damaged and worn frontage. 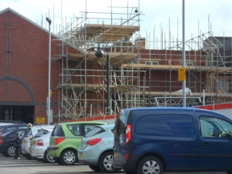 No 15
April 2012. Scaffold erected ready to start the demolition process. 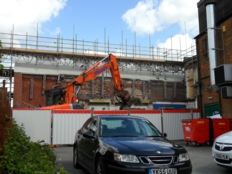 No 16
May 2012. Demolition of the rear of the old library in progress. 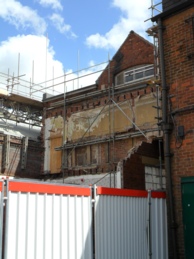 No 17
May 2012. All the old building has gone leaving the original library building. 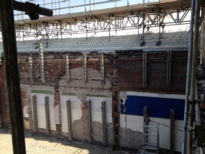 No 18
May 2012. The old library building has gone and concrete and steel supports tie the library wall with the old market hall wall. 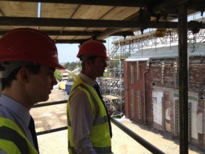 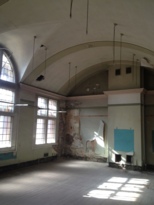